Caught Between Less is More and Doing Less for More 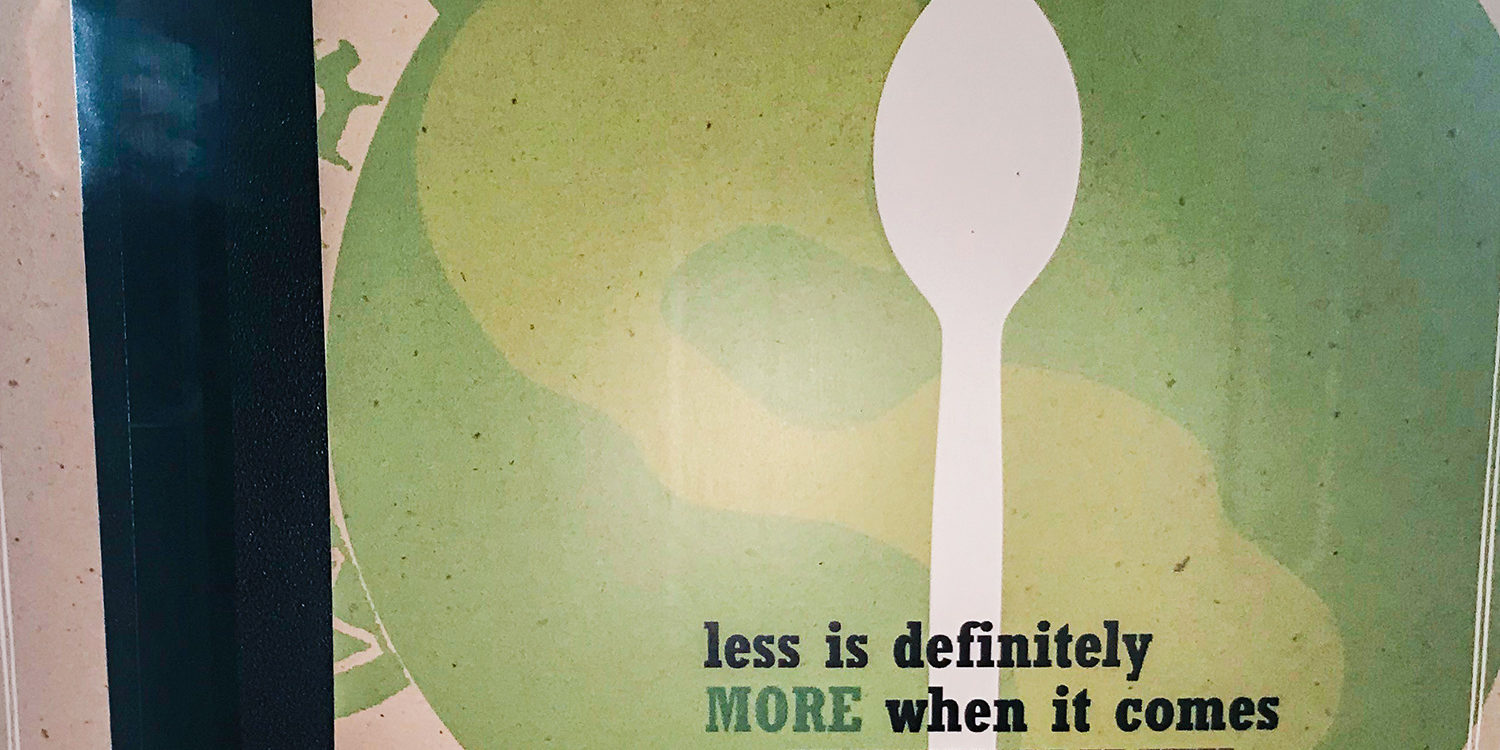 This is a tricky question to pose at this moment. The University of California system is currently in the process of growing its undergraduate and graduate enrollments, with some campuses— especially the younger and smaller ones—attempting to increase graduate student enrollments by 15%. Simultaneously there have been cuts to the summer language and travel funding available to some humanities PhD students, no significant increase in department mentors to help guide doctoral dissertations, and a growing, significant financial burden to live and work in a state where the monthly salary for a humanities graduate student is at odds with the cost of a room for rent in Los Angeles, Santa Cruz, Berkeley, San Francisco, etc. Not to mention issues of research infrastructure, like research librarians and library materials, space, department administrators overwhelmed by increasing workloads, and more. As I wander across UCHRI’s home campus, I come across the utensil dispensary station at the convenience store at UC Irvine and am reminded that “less is more.” What do you do, though, when only more will do? Is this another instance of doing less for more? How culpable are professionalization initiatives in this?

As a frequent grantee—of the Mellon Foundation, of the Modern Language Association, of the UC Office of the President—I’m well prepared to think about how the programs I’m developing and running will sustain themselves once the funding cycle concludes. As a grant-making institution, UCHRI similarly asks grantees how the programs we fund will live on past the one year of our competitive grant funding. This is a particular definition of sustainability in which we think about the longevity of the program in terms of how it is maintained. I find that these conversations often invoke the need to “institutionalize” programs as the mechanism to sustain the programs in which we are deeply invested. And the conversation never strays beyond asking how we can build sustainability into our programs to other more interesting and important questions. Questions like: What do we sustain with these programs? Why do we want to maintain them? To what ends and for whom?

As we enter the last year of MLA funding for Humanists@Work, I think it’s critical that our community engages with these questions as we decide what we want to do next—whether there are pieces of our project that need to be institutionalized and if there are aspects that no longer seem relevant. As I reflect upon one of the reasons I was so motivated to initiate HumWork, it strikes me that it was in response to the starkly unsustainable model of a university reliant on adjunct labor. HumWork was a way to empower graduate students, and support them in pursuing whatever career trajectories made sense for them as people with needs, interests, and desires that change over time and that may need more support than the university was/is currently giving. Imagining our work more boldly, HumWork attempts to counter a seemingly endless supply of cheap labor fueling the university; a labor source that gives without getting (much), but without which the university would potentially be crippled. At a talk at UC Irvine, Lenny Cassuto recently spoke about the PhD job market as an ecosystem. I’ve always wondered what would happen if an entire species of organism removed itself from the ecosystem of the university. How do you continue to work within an ecosystem that no longer works for you? And where is the threshold of too little, too late, for conversations of sustainability?

And yet we find ourselves compelled to think about sustaining, and indeed growing, parts of Humanists@Work. Certainly the community we were building—and are still in the process of building—sustains HumWork, and is also the why of our work. We know that community matters and that peers significantly shape our future work trajectories, give us advice and support to weather a variety of professional and personal obstacles, and also generously share their networks. But what does it mean to sustain a community? How should we continue the broad array of conversations we’re having—about debt, about mental health, about mentorship—through the dispersed and changing spaces of Humanists@Work?

Ultimately I wonder: How does our community evolve?