Language Barriers: Some Thoughts on What We Value and How We Talk About it in Academic vs. Non-academic Settings 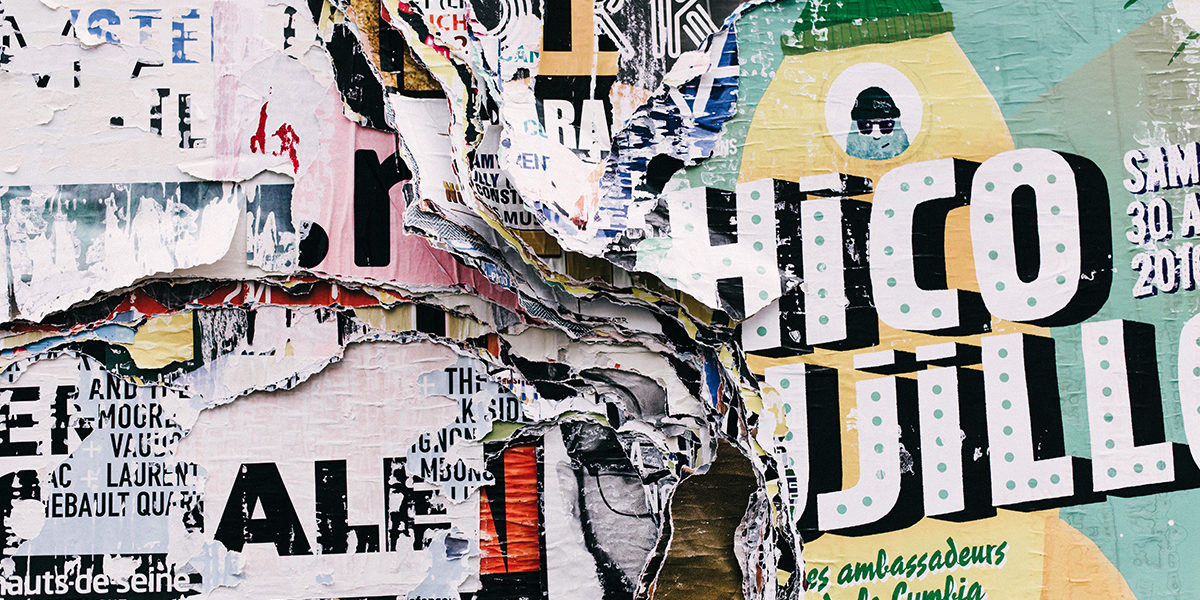 Depending on who you ask, it’s either a good time or a terrible time to be pursuing a degree in the humanities.

If you’re talking to people in the academic world, chances are the situation will sound pretty bleak. Recent reports show that 47% of humanities PhD recipients graduate with no employment lined up, and getting placed in a tenure-track job out of grad school has become the exception rather than the rule. And even as the number of academic job postings in the humanities continues to shrink, humanities PhDs are being awarded at an ever-growing rate. To say there is a hiring crisis in the humanities is no understatement.

Those statistics certainly paint a compelling picture. What we’re facing is a large-scale structural problem that can only adequately be addressed at the institutional level. At the same time, it is an intimately personal problem, one that each individual graduate student must grapple with. It cuts to the heart of the duality that infuses so many aspects of a grad student’s life: the desire for a stable financial future and successful career, balanced against the sense—or at least the hope—that there is something intrinsically worthwhile about the work that we do and the questions and ideas we engage with.

And perhaps there is. But I wonder if our academic culture has sabotaged us  (and we, by internalizing the message, continue to sabotage ourselves) into believing that the academic world is the only place where this value, whatever it consists in, can be recognized. I know that for myself and many of my colleagues, there is an underlying sense that if we are not able to “make it” as a professor, then all of the time, effort, debt, and other costs of graduate school will have been for nothing. Not only in the sense that it will be a personal failure—and possibly evidence that we should never have gone down this path in the first place (though these messages are certainly out there as well)—but that the transition to a non-academic career path would amount to writing off all of grad school and its various sacrifices, financial and otherwise, as a total loss, an investment with zero return.

Sure, we console ourselves, there will always be the personal value of our studies. No matter what happens, my research will mean something to me. But we tell ourselves that beyond academia nobody will ever care. The past X years of graduate school might as well not exist as far as non-academic employers are concerned. And that’s just the generous ones, the ones who won’t actively hold it against us.

The question of value has been on my mind quite a bit in recent months, and is an issue that was raised in a variety of ways at the last few HumWork career workshops. The more I dig into it, the more it seems to me that the problem we face—at least for us as individual students, if not as a culture or an institution—is, at its crux, primarily an issue of language.

It’s not so much that what academia and “real-world” employers find valuable is so vastly different. I had been conditioned in various subtle ways to think it was, and I suspect I’m not alone in that. Ultimately, I’ve come to believe that this perception is a mistake which has significant practical consequences. But I do think that for the most part, both sides of the academic/non-academic divide tend to think that their values have very little in common with each other. I’m not convinced that any hard line exists between the cultures of academic and non-academic work in general, but it does seem that there are two very different languages being spoken around value in particular. And not just different words, but different conceptual structures—different ways of fitting ideas together. One of the more practical lessons my humanities education has given me is that the language we use goes a long way toward shaping the way we think. The question is, can a translation be made between these two paradigms? Or, better yet, could we learn to speak them both with equal fluency?

The answer is that for the most part, we already do. We just aren’t always in the habit of seeing it that way. Each one of us is a member of both academic and non-academic communities. We have a specialized academic language that we use in the relevant contexts, but outside of those contexts, we are fully capable of speaking the same language as our non-academic family, friends, and neighbors.

The real question is, how well can we talk to non-academics about the work we do as academics? Those of us who teach undergraduates will have some experience translating our subject matter expertise into lay terms. But what happens when someone asks us, not about what we study or what our current research project is (questions we could expect to field among fellow academics), but about what we do? How do we respond to someone—a relative, an acquaintance, a potential employer—who wants to hear what the work of an academic and a humanist consists in?

In my own case, at least, that’s a conversation I’m much less comfortable having.

And this is where the language barrier becomes an issue not just of words, but of conceptual structures. Because what we’re conditioned to hear when someone asks something like “What have you been working on?” is very different from what a typical person is likely to mean. I’m sure we’re all comfortable with the fact that every discipline has its technical terms: words and phrases that mean something very specific and very different in their academic sense than they do in a more generalized context. But I wonder how often it occurs to us that even terms like work, project, research, problem, and even job might be functioning as technical terms when we use them from within an academic paradigm. That in itself is not necessarily a problem. But when we’re not aware of it we run the risk of confusing their technical use and their general use, and we fall victim to a language barrier that we didn’t even know existed.

One striking example of this phenomenon was repeated a number of times at the most recent HumWork workshop in Riverside. When a fellow academic asks you what you did in graduate school, you can safely assume (barring any special circumstances) that they are asking you specifically about your research, and there’s a good chance that they are even more narrowly focused on the topic of your dissertation in particular. But when almost anyone else—including prospective employers outside of academia—asks you what you did in grad school, they are asking something very different. Chances are, they’re not all that interested in an in-depth spiel about the novel argument your dissertation is advancing. What they actually want you to talk about is, very literally, what you did in graduate school: what kind of tasks you engaged in, what skills you spent your time developing, what your day-to-day looked like. It’s a question aimed at what it means to be a researcher, as compared with other kinds of work, rather than what your research means, as compared with the work of other researchers. The subject of your research may still very well be interesting and relevant, even in the context of non-academic employment. However, its importance in this context is likely to be equaled if not overshadowed by the process that got you there. The reasoning for this is fairly straightforward: potential employers will tend to be more impressed by what you can do than by what you know.

Seen in this light, it’s easy to understand why we’re so often led to think that non-academic employers are uninterested in our graduate work; we can also begin to see why that’s a misrepresentation. Many of the skills that are in high demand in the professional workforce are precisely those skills that we develop naturally—perhaps even unconsciously—as a by-product of immersing ourselves in humanities research. More than ever, businesses leaders are seeing the value of creativity, higher-order thinking, and the ability to clearly explain one’s thought processes. It’s hard to conceive of anyone earning a PhD in the humanities without excelling in most if not all of these areas—so it seems like the fit would be natural.

And maybe it still can be. But first we need to realize, both as individuals and as an institution, that there is a need for people who do what we can do, if only we can hear the language they are asking in and learn to respond in kind. Hidden underneath the differences of language, the values are the same. But it might not be enough to simply translate: we may need to work on becoming fluent in the language of non-academic work, especially when it comes to talking about the work we do as academics.

One place we might start is by learning to think and speak about what we do as work, rather than a mere intellectual hobby (or any of the various other self-deprecating labels we so readily apply) that we are lucky enough to get to spend time on. I understand as well as anyone the desire not to be seen as taking ourselves too seriously, but we also want to be careful that our language doesn’t diminish the perceived value of what we offer.

So to return to my initial question: is it a good time to be pursuing a degree in the humanities? Perhaps it’s not so much a matter of who you ask, but of how you ask. If you’re inquiring about the prospects for people with an advanced degree in the humanities, or for people with subject-expertise in your research area, there’s a good chance that things will be looking rather grim. But if  you’re asking whether it’s a good time to be someone with the skills and experience that a graduate education provides—things like qualitative analysis, clear communication, project management, and cross-cultural engagement, among so many others—well, then the answer just might surprise you.

Jacob Heim is a 4th year PhD student in the Philosophy department at UC Irvine. His research focuses on the relationships between recognition, social stability, political tension, with an emphasis on understanding political tension as a driving force behind social change (both positive and negative). He hopes to identify ways in which a society (or any group or organization) can deliberately shape its response to recurring tensions so as to consistently resolve them in a more stable, equitable direction. He sees his involvement in HumWork as a natural outgrowth of his broader interest in the various ways that a community can engage with its own inequalities and imbalances.

Stories from the Field: Riverside
November 13, 2017