#BlackLivesMatter and the Work of the Humanities 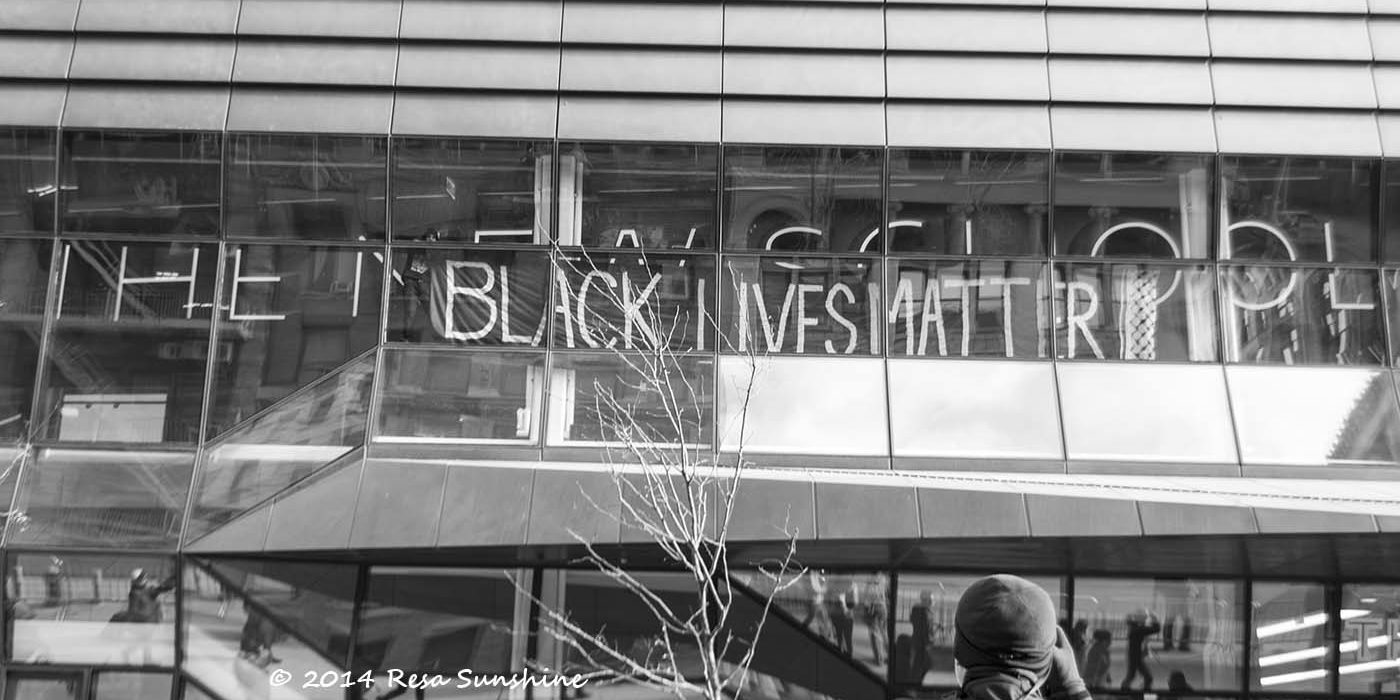 The racial justice movement we call #BlackLivesMatter is ongoing, shaping political, social, and cultural life in the United States. The work done under the banner #BlackLivesMatter is diverse, and like all social movements, it is ripe with complexities, internal tensions, disagreements, and discordances among individuals, organizations, and ideas. But as a movement for human rights and dignity, humanistic underpinnings are constant. The work of the humanities is ever-present in #BlackLivesMatter, and the work of the movement has much to teach humanists in the academy and beyond about the work they do, want to do, or can do.

Patrisse Cullors, Alicia Garza, and Opal Tometi first coined the phrase #BlackLivesMatter in 2013, in the wake of the acquittal of Trayvon Martin’s killer George Zimmerman. They did so concerned with anti-black racism—not only with the very real problem of endangered physical safety but also for the substance of human existence as black people in this country. In an interview in The Nation Garza explains,

“When [Tometi, Cullors and I] created Black Lives Matter, it absolutely was about: how do we live in a world that dehumanizes us and still be human? The fight is not just being able to keep breathing. The fight is actually to be able to walk down the street with your head held high—and feel like I belong here, or I deserve to be here, or I just have right to have a level of dignity.”

[su_pullquote align=”right”]“The work of the humanities is ever-present in #BlackLivesMatter, and the work of the movement has much to teach humanists in the academy and beyond about the work they do, want to do, or can do.”[/su_pullquote]

Cullors, Garza, and Tometi now run the organization named #BlackLivesMatter, though it is only one of many that participate in the larger movement that bears this name. All three are political and community organizers with humanities and social science backgrounds. Cullors is also an artist, with a degree in Philosophy and Religion from UCLA; Garza, also a writer, is a dual degree holder in Sociology and Anthropology from UCSD; and Tometi earned her bachelor’s in History.

None of them currently work as humanists in academia, but the work Cullors, Garza, and Tometi do is explicitly humanistic. Informed by the organizing work of black queer women, the long black liberation struggle in America, and by studies of race, gender, sexuality, history, philosophy, religion, anthropology, sociology, politics, art and more, the humanities and humanists are at work in the #BlackLivesMatter movement, making the connections between law enforcement practices, other forms of discrimination and injustice, and understandings of what it means to be a human being.

Struggles for racial justice have contested and shaped the humanities for as long as racial slavery has existed, intertwined as both of those have been with conceptions of humanity from the Enlightenment forward. Perhaps most significantly, the Civil Rights and Black Power Movements inspired the efforts to establish Black and Ethnic Studies in the late 1960s. In turn, Black Studies provoked a great deal of change in humanities disciplines in universities: content areas, methodologies, and the demographics of students and faculty. This is true beyond ethnic studies, throughout the humanities—though this historical influence is not often recognized or acknowledged as such.

So what might humanists inside, alongside, and outside the academy learn from the work of the #BlackLivesMatter movement? These lessons can be especially pertinent for humanities graduate students who confront the question of where their training can and should take them. What can #BlackLivesMatter tell us about the work of the humanities: what kind of work is to be done, and how? And who are the audiences and constituencies for that work? And where should that work be done?

[su_pullquote align=”left”]“[T]he humanities and humanists are at work in the #BlackLivesMatter movement, making the connections between law enforcement practices, other forms of discrimination and injustice, and understandings of what it means to be a human being.”[/su_pullquote]

Racial justice activists and advocates work in education, government, law, policy think-tanks, cultural organizations, the arts, healthcare and social services, and even business. The problems of racial inequality require this range of work, all based on the foundational concern for human life. Work in all of these areas is not tangential or exceptional, a departure from traditional academic humanities study. The humanities can and does inform all of this work. At the same time humanistic faculty, staff, and students can think more deeply about how applied humanistic work in these arenas can shape research, teaching, and learning. This is the case well beyond race and ethnic studies—such connections exist for all humanities study.

As much as the #BlackLivesMatter movement has to show us about the arenas in which humanities work is done, it also demonstrates how to facilitate meaningful engagement and participation. Social media is an important platform for communication. Though social media can be used as one-way promotional tool, the movement has demonstrated the power of diverse, responsive, interactive networks that encourage online relationships to become physical ones and vice versa. These physical-digital connections also help facilitate practice-theory connections as well as those between academia and publics outside the university. So, for example, the movements to raise awareness about how black women are impacted by police brutality prompts the #SayHerName hashtag. With #SayHerName as context, the sexual abuse of Charnesia Corley by Harris County Sheriff deputies prompts #blkwomensyllabus, a running, open-source interdisciplinary list of materials by and about black women. Contributors and audiences for #blkwomensyllabus are both inside and outside the academy.

In Garza’s 2014 essay, “A Herstory of the #BlackLivesMatter Movement,” she describes the experience of watching the painful process of cooption and erasure—one not unlike the relative invisibility of Black Studies’ influence on the 21st century humanities. In public circulation, #BlackLivesMatter became #(Fill-in-the-blank)LivesMatter, erasing the idea’s original address to the problem of anti-black racism, grounded in the work of black queer women.

So humanists must not simply adapt and coopt the energy and innovation of the current struggle for racial justice (one can imagine so clearly and painfully #TheHumanitiesMatter). But humanists should be explicitly inspired by the #BlackLivesMatter movement to think about the broad applications and outlets for our work. Perhaps most importantly, we should be energized by the recognition that there is a vital need for humanities work outside, alongside, as well as inside the academy in the 21st century. The need is there; the connections are for us to make. There is much to be done. Go forth.

I am a humanist at work. I am a PhD candidate in English at UC Davis, always interested in the work that humanists and the humanities do in and for society. My dissertation Under the Sign of the Rainbow: The Production of Multi-Ethnic Literature in the San Francisco Bay Area, 1960s-1990s, is literary history and an investigation of the the multi-ethnic as idea. And at its core it is also a story about a public humanities movement for racial justice, American cultural diversity, and the crucial role of arts and culture in understanding ourselves, others, our nations, and our planet.