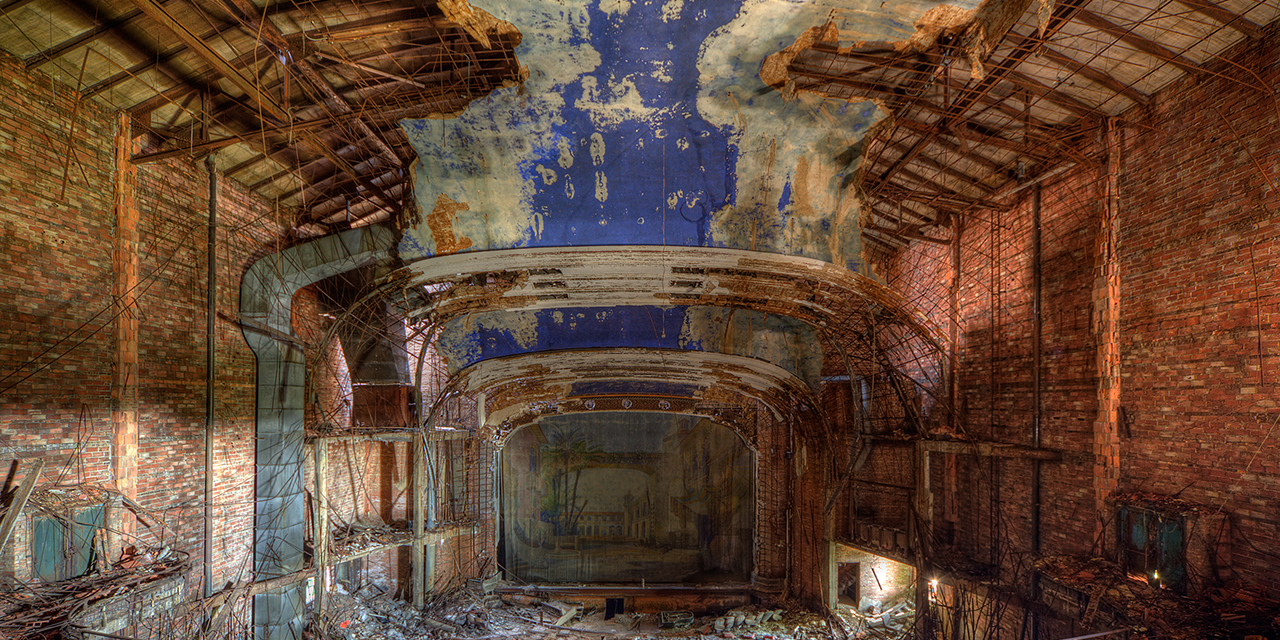 The day before the election, I was surrounded by smart people in a room on a beautiful compound among the oak trees in the hills above Santa Barbara, where the University of California Humanities Research Institute (UCHRI) convened the fall workshop for the Humanists@Work initiative. The fifth of its kind, the workshop brings UC humanities graduate students together to think, plan, and prepare for a variety of careers, inside, outside, and alongside the academy. This is what many have termed “alt-ac” programming. While the election was not a topic of discussion—and despite a productive day—I think many of us felt anxiety, which hung heavily over the event’s proceedings.

The results of the election the next day only reinforced the conclusions I had come to during the workshop: Humanists@Work and the humanities must look outward and go on the offensive. If advocacy for advanced degree holders and the continued existence of graduate programs in the humanities is to have any long-term impact, it must engage publics beyond humanities departments, especially—crucially—far, far beyond the university. To do otherwise is to concede humanistic inquiry to the elite, and to concede that to study humanities is a privilege rather than a public necessity and a human right.

I have attended four of the five workshops, and I served on the Humanists@Work Graduate Student Advisory Committee for the 2015-2016 year. The fall workshop was termed a “Partner Summit,” which meant fewer attendees, more returning participants, and more career services staff members—not only from the UC but also from institutions in New York and Illinois—and fewer practical strategies for career search and more meta-level thinking about what we are doing and how. Beyond these format changes, the workshop felt different to me. I sensed a kind of repetition of concerns and challenges articulated in prior workshops—not yet exhausted, but maybe heading in that direction. Repetition is not bad. It helps us learn, and helps us to see more clearly where we are, who we are, and what we are doing.

So-called “alt-ac” programming developed out of the need to address several issues, but perhaps the most immediate of these was the fact that increasing numbers of humanities PhD graduates found themselves without permanent employment in the kinds of positions for which they had ostensibly been trained: as tenure-track college professors. The reasons for this are numerous and complicated, and many of them are not new, but this reality affected the livelihoods of people who have been increasingly vocal about their dissatisfaction. What are the sources of this dissatisfaction? If we are coarse, we might say that upper- and middle-class students are angry that their pipeline to stimulating, stable employment (which might also be thought of as “socially responsible”) promised them by the lives and expectations of their parents has been interrupted. For working class students, students of color, and others who have been underrepresented and marginalized in the academy, the advanced humanities degree offers no guarantee of stable academic employment, and even if such employment is gained, there is certainly no guarantee of a welcoming, diverse work environment free of the forms of marginalization they battled through to get there.

One of the things that I believe Humanists@Work has done well, and I that I like to think that I contributed to as a member of the Advisory Committee is to think broadly not only about how to achieve gainful employment for humanities workers but also about the value of humanities work in all sectors of our society. In this sense, Humanists@Work and other programs like it have been alt-ac thought leaders, seeking to address several interrelated problems: the declined status of the humanities in increasingly instrumentalized university education, the reputation and function of humanities work in society, the cost of university education, and of course the disparity between the number of humanities PhD graduates and available tenure-line academic positions.

So far, despite the breadth of our thought, we have directed a fair share of our efforts toward humanities graduate students. This makes sense. Often supported by faculty, these students have been increasingly vocal critics about these problems because their livelihoods depend on addressing them.

But we need to think about the long game. Despite the struggles faced by humanities PhDs, their rate of unemployment is low: according to the Bureau of Labor Statistics, the unemployment rate among doctoral degree holders was 1.7% in 2015. Though this figure doesn’t tell the whole story in terms of income, stability, and overall job satisfaction, I have to say that looking over the room at the Humanists@Work conference in Santa Barbara, I was not fearful. This may be callous, but I was not worried about any of us. We may not end up with the job we envisioned, or even one we want, but in a knowledge economy such as this one, an advanced humanities degree has provided us with the abilities and nimbleness to find employment of some kind.

Certainly, improved programming and resources for graduate students to prepare for, search for, and obtain satisfying careers in a variety of fields is an important task, one that academic departments, graduate studies offices, and university career services should develop and provide to humanities graduate students.

But this is not enough. If we aim completely and only at addressing and serving the needs of those who are educated at the highest levels—and whose rates of unemployment are among the lowest of nearly every demographic category—we fail on two fronts. First, without public awareness and demand for humanities workers, such an approach will force each student to replicate the same process of convincing themselves and potential employers that a humanities PhD is a unique asset outside the academy, one that has use value in non-profit, government, and business sectors. Worse than that, however, we signal that our primary aim is to help those who are already in fairly privileged positions, not only with regard to employability but also in terms of intellectual and cultural capital.

I don’t mean to discount the real struggles faced by graduate students and humanities PhDs (including myself). We need to address those concerns. But where we have been inward-thinking, considering how we might change humanities and career preparation programming by converting graduate students, faculty, and staff into advocates for these changes, we also need to turn outward. We need to fight actively for the importance of the humanities, and we need to invite increased inclusion and participation in humanistic inquiry, even as it reshapes what the humanities are and might be.

The election is simply confirmation of that need. Donald Trump’s supporters are not monolithic; neither are Clinton’s or the many who did not vote on election day. But certainly this election signaled a rejection of what many consider the “liberal elite.” Whatever that meant to voters—and it means many things—it was embodied by Hillary Clinton. Trump’s disregard and outright dismissal of facts, research, multiculturalism, the conventions of polite and rational debate resonated with many, many people—most of them white, but more broadly across lines of class and education than we might like to think. Those critiques might as well have been aimed at the university and its ilk, and the contemporary humanities might serve as the exemplar of the kind of elite smugness that is the target of this disdain and outright hatred.

Reflecting on the results of the election, Atul Gawande wrote, “Nearly seventy per cent of working-age Americans lack a bachelor’s degree. Many of them saw an establishment of politicians, professors, and corporations that has failed to offer, or even to seem very interested in, a vision of the modern world that provides them with a meaningful place of respect and worth.”

For many of Trump’s supporters, as well as many, many other people in this country, negative perceptions—or, worse, none at all—of the academy and in turn the humanities exists in part because the vast majority of people in the United States simply have no real relationship to humanities in the academy. Their exposure to humanistic research, teaching, and inquiry occurs in K-12 education, through museums and local cultural and religious organizations, and the media.

That exposure is paltry, and thus our value is marginal. And that marginalization is exacerbated by attacks on ethnic, gender, and sexuality studies—which, aside perhaps from reporting on Shakespeare and Mark Twain, are certainly the humanistic research and teaching areas that receive a disproportionate bulk of news coverage—the vast majority of it sneeringly negative. And so it’s easy for politicians to further cut humanities funding, or to suggest, as some in the past have, that public universities should charge higher tuition for majors in areas that aren’t directed toward specific forms of employment. When no one knows what we do, and when we don’t advocate for what we do or change what we do to address our compromised reputation, such attacks register support with members of the public even when they have little to no factual basis. And of course employers outside academic circles will question the value of what we do. And of course in dire times we will eventually question our own relevance, usefulness, and value.

How can we possibly expect the humanities to be legible to a broad spectrum of the population that doesn’t see our work, doesn’t understand our work, and doesn’t see how that work engages with the issues, questions, and concerns of their own lives?

This is certainly not solely the fault of humanities workers inside and outside the academy, but we do bear some responsibility for this perception. And it will be up to us do something about it—that much is certain. No one else will do it for us.

If we concede the humanities to the university as it stands, we are destined for more of the same. Our audiences replicate themselves, we serve ourselves, and we wonder why no one else comes.

We cannot simply defend the humanities. Humanists@Work now must go on the offensive even more forcefully. That means supporting humanities graduate students in their search for gainful employment by broadly communicating their abilities and contributions to society. But it also means turning outward to a variety of publics beyond the university, not only advocating for humanities study as it is but also transforming it to meet the needs of new constituencies, increasing the diversity of students and faculty, and stimulating a demand for rigorous humanistic inquiry as value, necessity, and right.

I am a humanist at work. I am a PhD candidate in English at UC Davis, always interested in the work that humanists and the humanities do in and for society. My dissertation Under the Sign of the Rainbow: The Production of Multi-Ethnic Literature in the San Francisco Bay Area, 1960s-1990s, is literary history and an investigation of the the multi-ethnic as idea. And at its core it is also a story about a public humanities movement for racial justice, American cultural diversity, and the crucial role of arts and culture in understanding ourselves, others, our nations, and our planet.